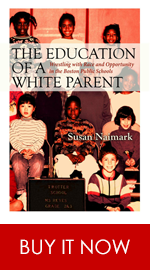 Where are the Women Leaders in our Communities?

This course was a Wednesday session sandwiched in-between other 2-day courses that usually leave Institute participants brain-dead by Friday afternoon. As I opened the session, I announced that this would be more of an experiential course, to give participants a mid-week break from the “how I am going to completely change how I do my job” lists that other courses generate.

We created a list of the cultural characteristics common to women, and used the positive ones to create strategies for addressing barriers to engaging low-income, single moms in our communities across the country. Small groups came up with creative approaches to building relationships with “hard to reach” women. Safe houses for substance abuse rehab. Hanging out at the school bus stop in the morning. Zuumba classes. Simple, yet profound, shifts in thinking about our work in low income communities. One small group said public transportation was a big obstacle, too big to do anything about. Another devised a publicly funded Uber business that would cover the costs of getting low-income women to where they needed to go. The room shifted from “how can I get them to come to my programs?” to an understanding that we need to meet folks where they are, and that their needs may not look like our programs. By letting go of my need to control the day, a magical group energy emerged. We danced to Zuumba after our lunch break. One woman, who mentioned that she had previously been encouraged to run for mayor of her small city, announced that she would.

We talked about the barriers for women – barriers to engagement in the community, barriers to personal success, barriers to leadership. There was general agreement that we women more commonly fill in the gaps around the men in our lives – as mothers, daughters, wives, caregivers, breadwinners, the ones who pick up the pieces for everybody else. This leaves little time or energy for dreaming, thinking bigger, doing great things. Even Henry Thoreau left his cabin in the woods on a regular basis for a home cooked meal with his mother. We tend to be the ones cooking those meals, not philosophizing, writing, and walking about in the woods for years on end.

We reviewed data on women in elective office and were collectively dismayed that the U.S. still has less than 25% of elected positions filled by women. We are way behind many other countries, including many with a deep cultural legacy of machismo.

These barriers are compounded by barriers of race, class, immigration status, language. What will it take for women, and particularly women of color and lower income women, to step into our power? And how could that expand the possibilities for a saner, more just and equitable world?

I had to get through raising two sons before I could even think about leaving a stable job for self-employment focused on racial equity training and consulting. Even now, I regularly question how big I am allowed to think. Who’s stopping me? After decades of internalizing the messages we get from others, sometimes it’s ourselves.

Skylar Liberty Rose is one woman who made this leap. In one of her recent blogs she says “Make your own rules or make your own grave.”

Last Sunday, I had the honor of seeing Toni Morrison receive the MacDowell medal for her brilliant writing career and life. One of her remarks that stays with me the most is,

“If you can’t find the book you want to read, you have to write it.”

Maybe we won’t get to it until we’ve raised our kids, or stabilized our income, or otherwise found a moment to ourselves to think bigger about what we are capable of accomplishing. Or until the men in our lives ask what they can do to support us. I like to think about the changes we could achieve in our communities, and in the world, if more of us had that luxury – and  I encourage you to do the same.